Reminisce’s Throwback Photo From His Old Album ‘Baba Hafusa’ Sparks Controversies Online. Popular Nigerian Actor, Singer, Songwriter, Musician and rapper Remilekun Khalid Safaru as known by his stage name Reminisce and his street name “Alaga Ibile” just shared a photo on his face book page a few hours ago, the picture which was from old one of his music albums titled “Baba Hafusa” sparked a lot of controversies from fans due to the fact that he was seen with a teddy bear and a cradle and also wrote a caption under it which says, “Nostalgia”.

Fans were so amused at this sight of him carrying a toy that they made reference to his role in trending Netflix movie “King of Boys” in which he played his beautiful and clinical role to perfection. The 40-year old rapper has been a force to reckon with in the entertainment industry due to his versatility and talent to excel at whatever he does be it acting or rapping.

Ever since the success of the king of boys movies, fans have been complimenting Reminisce left and right for his amazing acting, and other fans were asking him about when he would release a new album to them which I don’t think would be forthcoming soon.

Check out the screenshot of his photo below. 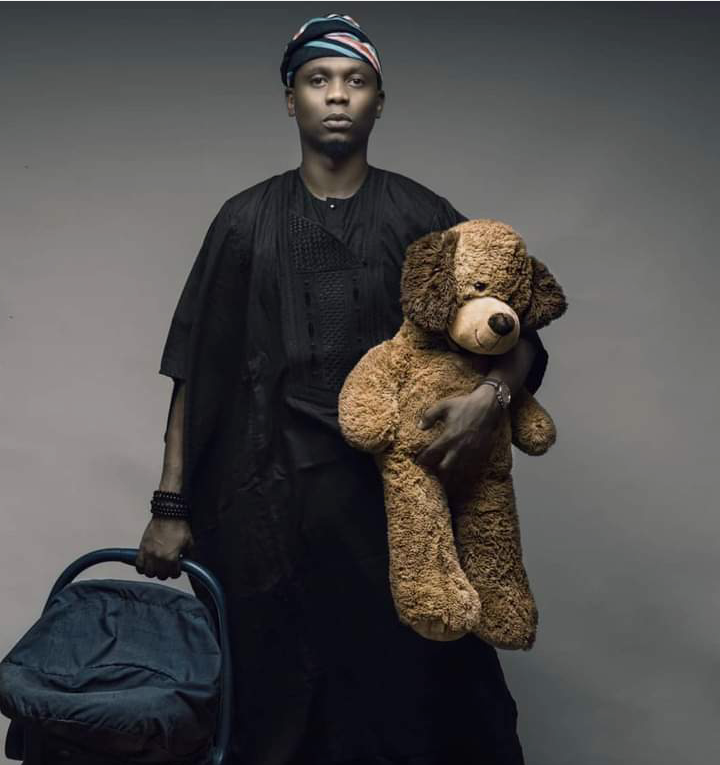 Check out the screenshots of fans reactions below. 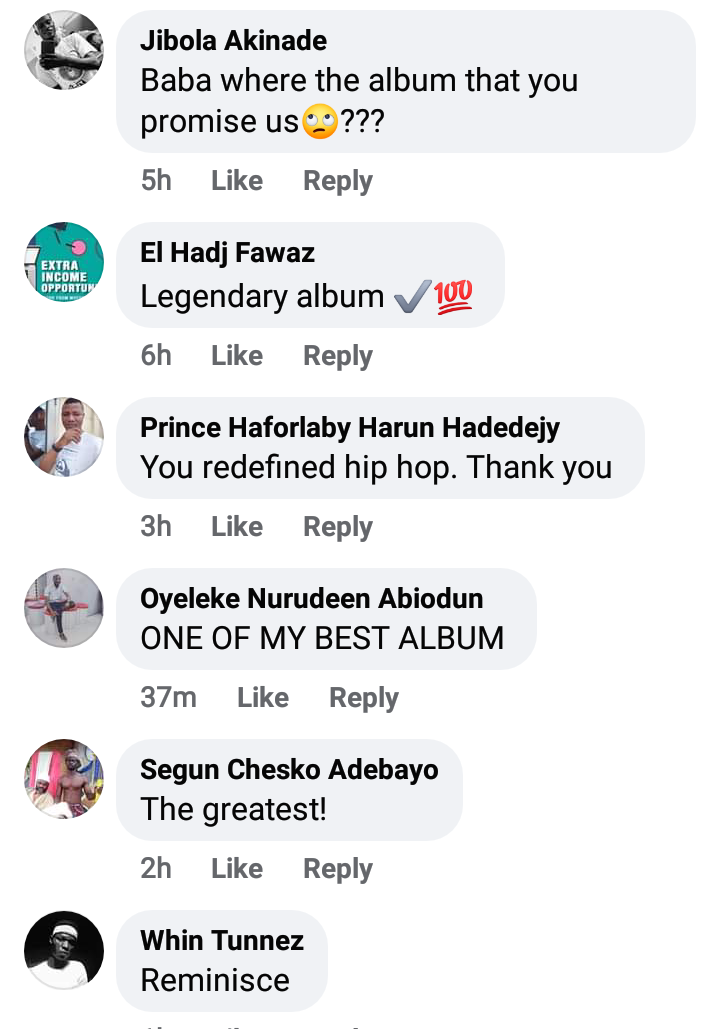 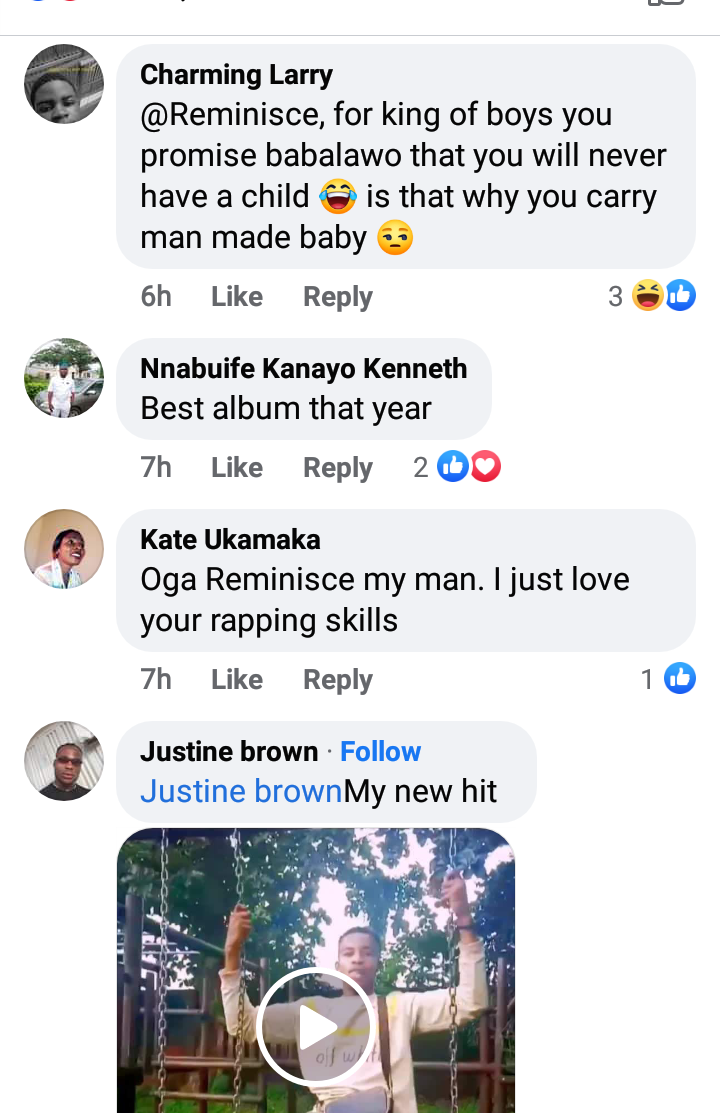 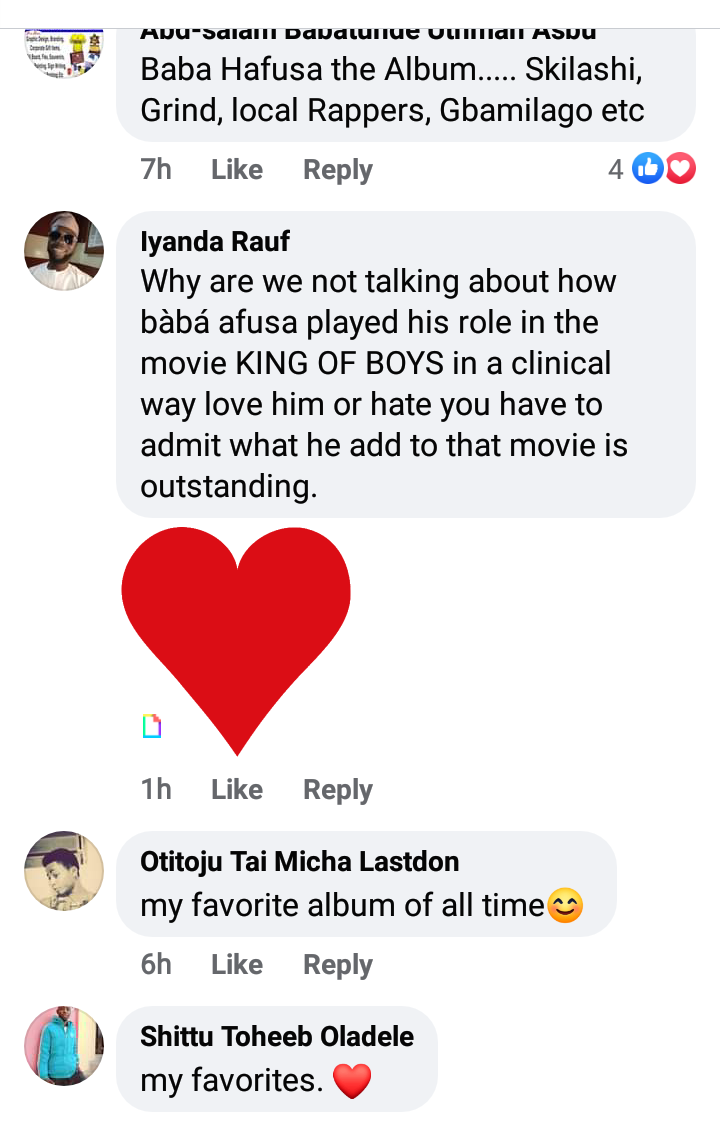