White Money made this shocking revelation during a conversation with Jackie B at the lounge earlier this evening.

White Money made it clear that he has done everything possible to make Queen comfortable in the House.

However, he is just so surprise that she couldn’t even give him the privilege to associate with other female Housemates.

He said: “I don’t know what else I could have done. I have done enough to turn her into an emotionally strong person.

I have been trying to avoid this since I got into the House because I can’t manage a situation like this.

I am an emotionally strong person but when it comes to women issues, I try to hide myself from it.

White Money further stated that his relationship with Queen can’t be the same after everything that just happened.

However, he is happy that it didn’t get worse at the end. He said he would have broke down if Queen decided not to talk to him again in the House.

White Money believes it would have been a different case if they were never friends. He said: “I don’t know how I would feel if we walk pass ourselves everyday without greeting eachother.

That would be crazy you know that. I just thank God it is not that way. Though, I know after everything I have seen in the last couple of days, our relationship can’t be the same again”.

White Money also pointed out that he needs to be careful with the way he treats Jackie B in the House.

He believes his relationship with Jackie B would also be affected in the House but things will definitely be different when they both leave the Show. 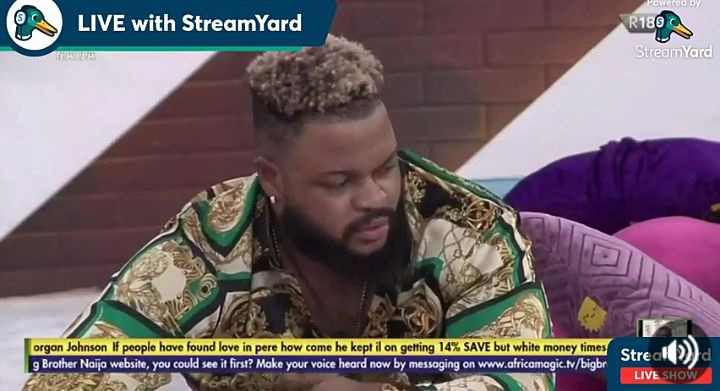