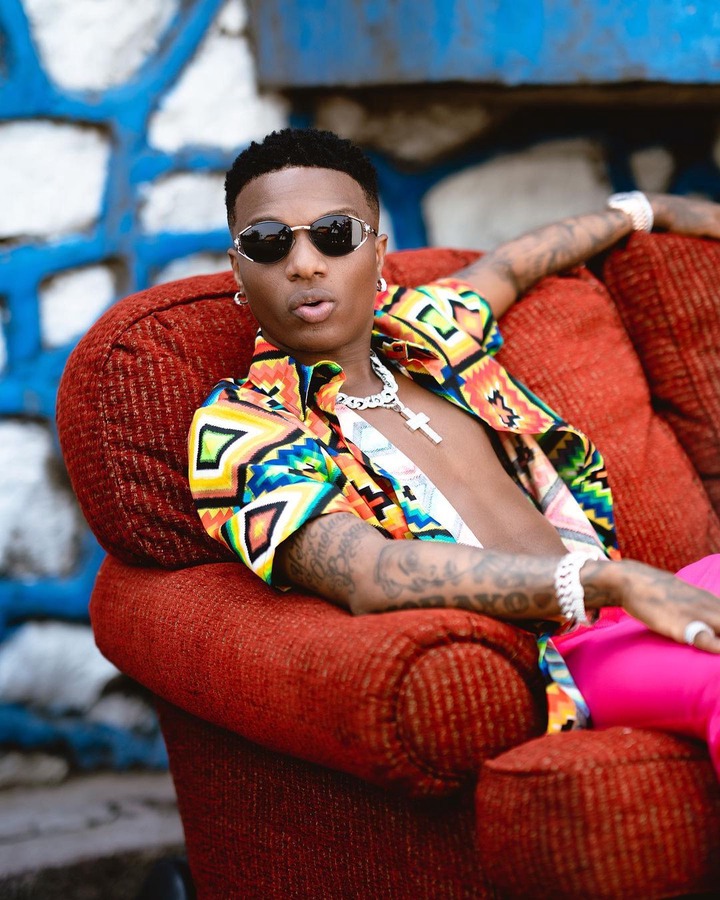 The Grammy winning singer arrived in Chicago after previously hosting consecutive concerts in some famous cities in the United States of America as part of his much awaited Made In Lagos tour. Wizkid made sure to bring his energetic presence on stage as he did on his previous shows, which brings excitement to his fans. The self-acclaimed Starboy feeling emotional took to his Instagram page to share a short video of the memorable moments, then stating how he loves the people of Chicago who came through for him.

Wizkid captioned the post, in his words: “Chicago! Last night was emotional! Love you! (Black and red heart with two eagles emoji)” 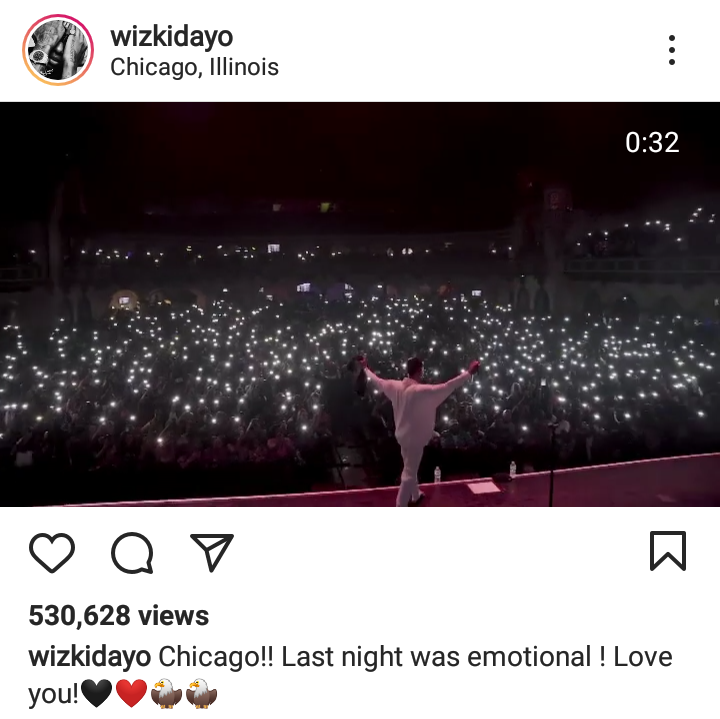 Also Download  'My Mother Is Not Dead, She Was Diagnosed With Stroke' - Iyabo Oko's Daughter

The 31-year-old singer who has been praised for producing what is tagged as the song of the summer (Essence ft Tems), is well-known for always getting his audience to feel his energetic presence on stage, no surprise his recent concert was filled with fans singing at the top of their voice throughout his stay on stage.

Kannywood Actress, Maryam Yahaya Shares Pictures After Coming Out Of The Hospital

Para Para is a title of a song by a prolific singer which is a brand new deluxe track from...

A sensational afro ghana music artist Kelvyn Boy that who expert in what he is doing which is music now...

in making it conclusive with a producer Ivan Beat which said to be his name, Sista Afia was able to come...

Erigga still said he has more to offer by dropping a song titled Wickedness which he has made happen again...

After many bangers, Kaptain still wishes to tell his fans he can do more by dropping a piece of music...

Ghanaian rappers wish to featured Hotkid that makes them come about a piece of rap music titled Mandem and the...