BBN Housemate, Emmanuel, revealed that Liquorose’s recent attitude in the House is making him feel uncomfortable.

Emmanuel made this known during a private conversation with Liquorose at the lounge earlier this afternoon.

During their discussion, Emmanuel pointed out that he’s confused about the current situation of things in the House.

According to Emmanuel, Liquorose needs to stop being selfish and explain what he did to deserve the recent treatment he is receiving from her.

Emmanuel said: “To be honest all what you are saying isn’t clear to me. The excuses you are bringing up for showing me this sort of attitude is unacceptable.

We have talked about this sometime ago and you confirmed that you are clear about it. Saying our relationship is one-sided now, I swear I don’t understand where that is coming from”.

Emmanuel further stated that he regretted what he did when he saw Liquorose during the start of the Show.

He made it clear that he should have shown interest in her Immediately. However, that didn’t happen because he is not an expressive individual.

He said: “I still regret what u did when I first saw you. I acted like I didn’t have any feelings for you. I should have just walked up to you that night and let you know how I feel.

This is just because I am not really an expressive person. But I want you to know that I have emotions and feelings too”.

What led to the conversation between Liquorose and Emmanuel

Liquorose has been avoiding Emmanuel since yesterday night after she was given an audacious assignment by Big Brother.

Big Brother instructed Liquorose to play a prank on Emmanuel. According to him, Liquorsoe is expected to avoid Emmanuel for some days in the House.

That is such a difficult thing to do especially when you consider how much Liquorose cares about Emmanuel. 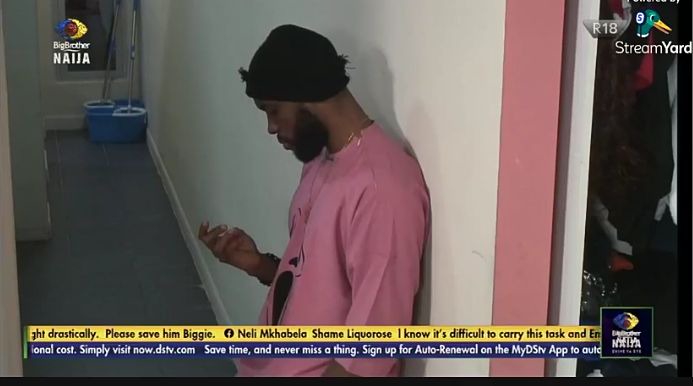