“Cross we can’t be best friends and kiss each other” -Angel says, as she wants their friendship defined. Late into the night in the big brother naija shine ya eyes house, Cross and Angel were caught on camera having a conversation about the state of their friendship. 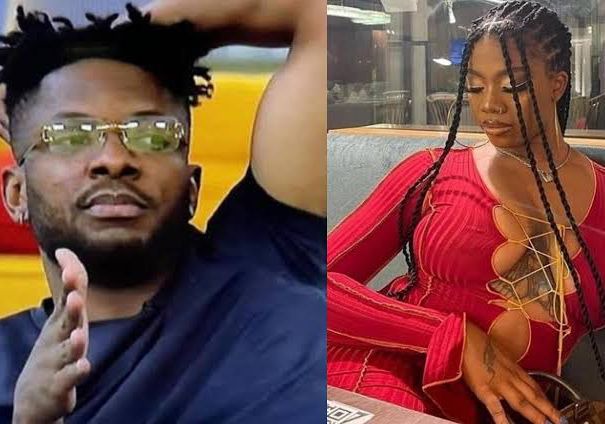 Angel opened up to Cross about how worried she was that they call each other best friend and still end up doing what couples in a romantic relationship would do. Angel, in one of her statements to Cross said, “Cross, we cannot be best friends and still kiss each other and touch each other”. 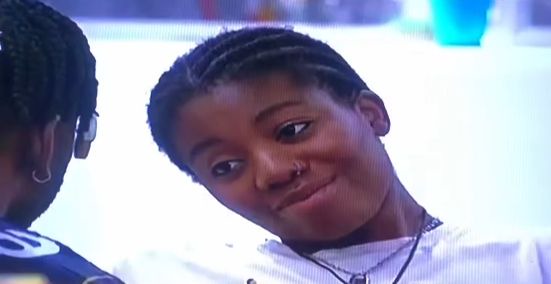 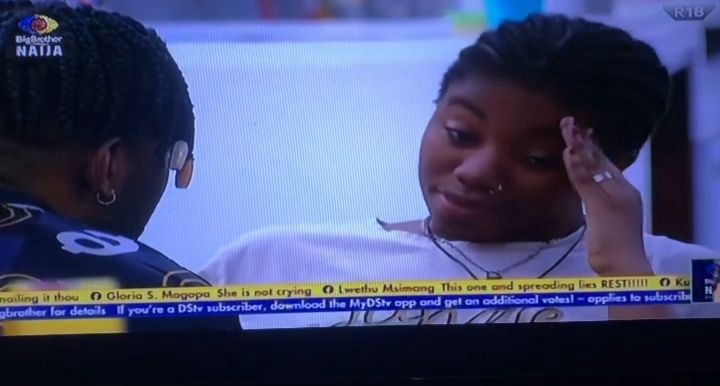 Angel also added that if it continues that way it may lead to something else that may end up destroying their friendship if it is not defined especially as she knows that he still has feelings for Saskay.

Cross responded, telling her that they both know they care about each other more than the way best friends do but they just have to wait to explore that aspect of their friendship till they leave the Bbnaija house to know if the feelings they have for each other is real or not.

Cross and Angel later ended up sharing a kiss after their conversation. Checkout some viewers reactions pertaining to the issue between Cross and Angel. 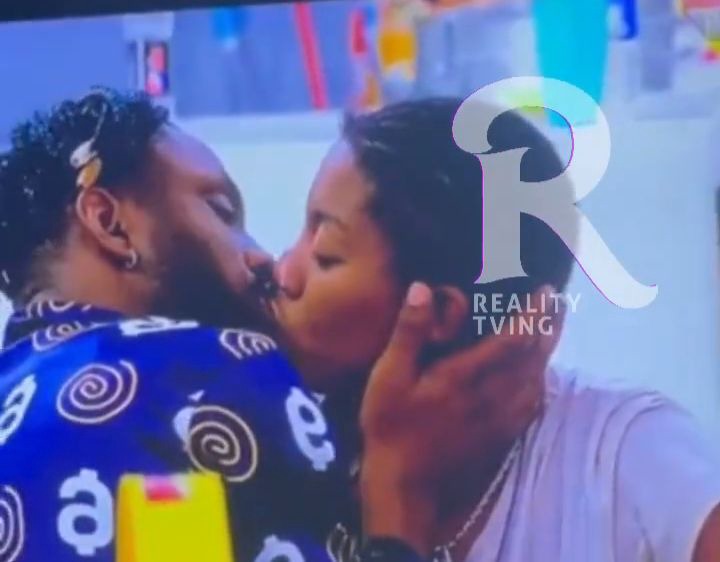 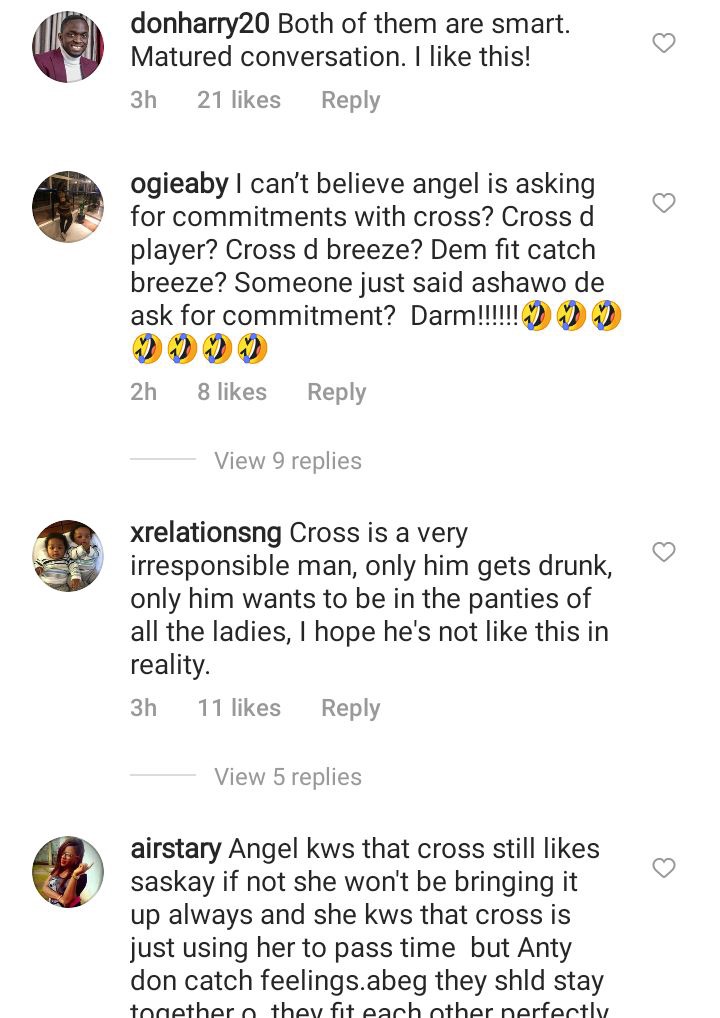 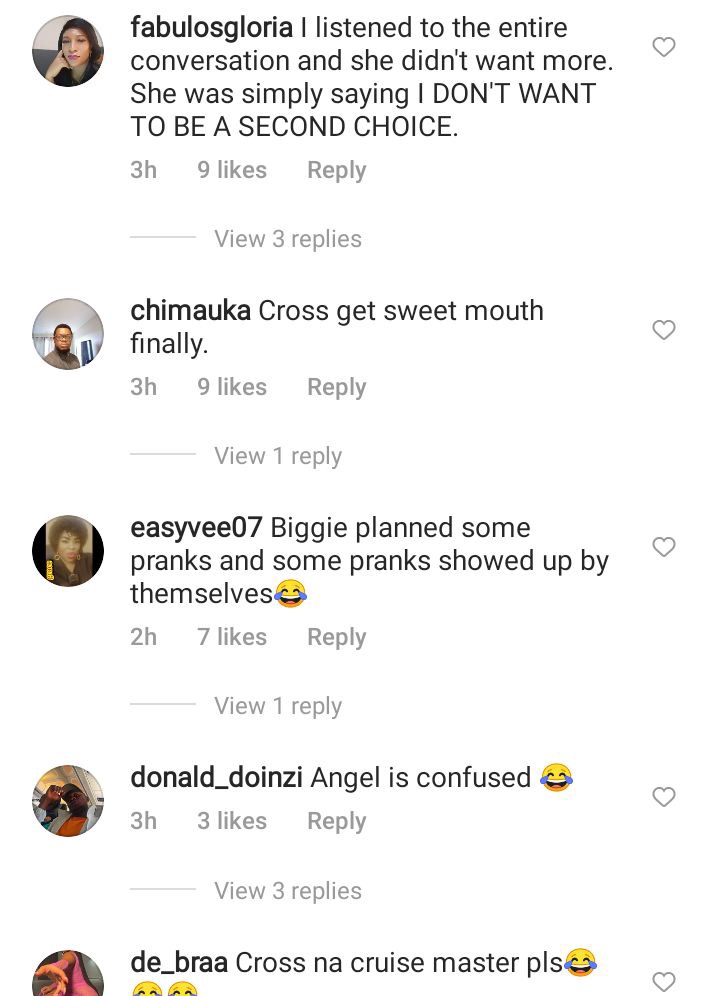