BBN: Funny Enough Jackie B Knows That I Like Her All This While – Whitemoney Says. A few hours ago the camera captured one of your favorite Big Brother Naija’ Shine ya eyes’ season 6 reality show 2021 housemates known as Whitemoney with Cross in a private conversation. They were discussing the issue between him and Queen that ended their friendship. According to him, he noted that there was a certain day after they were done with the games, Queen said to have specifically told him that she wasn’t going to sleep in the same room with Jackie B since he has gone for her.

He, however, said that he wondered why she will say a thing like that to him as he noted that Jackie B has been someone whom he had feelings for even before she came into the house.

Furthermore, he said it is funny enough that Jackie B knows that he likes her all this while as he stated that the first time he spoke to her about it, was when Michael had not left and since then he decided not to talk about it again, noting that he is a low key individual. 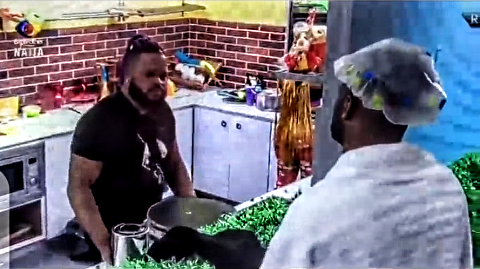 Here is the video link for full details.

Fans gather here and some love to your favorite celeb and let’s hear what you think about this. Do you think that a ship is about to sail between Whitemoney and Jackie?